Skip to content
Home » Child Custody and Visitation in Hawaii 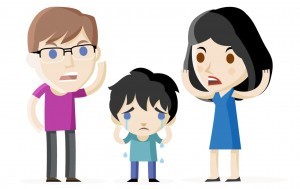 CHILD CUSTODY AND VISITATION IN HAWAII

Doi/Luke, Islandlawyers is located in Honolulu, Hawaii, and have helped people with custody over the last 25+ years.  We have handled countless custody cases in divorces, paternities, TROs, child welfare cases, and other child proceedings. If you have questions not covered here, see our Legal Information page, or give us a call at (808) 593-2199 and schedule a consult – we’ll be happy to speak with you.

WHO GETS CUSTODY OF OUR CHILD?

Child custody and visitation in Hawai’i is based upon the best interests of the child. If you are involved in a custody dispute, you will hear this term many, many times. It simply means that custody is not given to reward a parent, or to punish the other parent. Rather, the Court focuses on what is best for the child. Two areas of custody need to be addressed: physical custody and legal custody.

Physical custody is the type of custody that people normally think of when thinking about custody; this decides with whom the child primarily lives. This can be SOLE, JOINT/SHARED, or have EXTENSIVE VISITATION.  Sole (or “primary”) is where the child lives primarily with one parent.  Joint/shared is where the child divides time between both parents.  Between those is EXTENSIVE VISITATION, where one parent has sole physical, but the other parent has greater than normal visitation. (usually more than 143 days)  If one parent has sole physical custody, the other parent is normally said to have visitation. (see discussion on visitation below). Child support is based upon physical custody, not legal custody.

Legal custody concerns who makes the major decisions regarding the child. Generally, this involves major medical, educational, and religious decisions for the child. This includes consent for a driver’s permit, joining the military or getting married under 18, or an underage work permit. Legal custody can be sole or joint. Note that legal custody does not affect child support — child support is tied in to physical custody only.

WHO HAS THE PHYSICAL/LEGAL CUSTODY – JOINT OR SOLE?

IF MY SPOUSE/EX HAS CUSTODY – DOES THAT MEAN I HAVE NO RIGHTS?

The end of the relationship between the adults does not, and should not mean the end of the parent-child relationship. It is unfortunate that many individuals become so caught up in their disputes that they lose sight of this.

Fighting over child custody, as any family lawyer in Hawaii will tell you, is one of the most contentious and ugly issues that divorcing/separating parents face.  The cost is high in terms of money, stress to the parents, time, and stress to the child.  It is important to remember that when the dust clears from any divorce or paternity custody fight, the two parents will still be the parents of that child, and will need to interact with each other for years to come.

IF ONE PARENT HAS PHYSICAL CUSTODY, WHAT KIND OF CONTACT DOES THE OTHER PARENT GET?

Generally, the parent who does not have custody receives reasonable visitation with their child. Often times, however, there are disputes as to exactly what is reasonable.   Keep in mind that family courts, judges, counselors, and other child experts across the country believe that it is in children’s best interests to have BOTH parents actively involved in their lives, where possible. Visitation that exceeds 143 days per year is said to be extensive visitation. In some cases, a specific visitation schedule is spelled out, and in other cases, the specifics of visitation are left to the parents to work out themselves. (i.e. by “mutual agreement”)

While the Family Court has guidelines for visitation schedules, they are only guidelines, and a wide variety of schedules can be worked out. The fact is that the above Family Court guidelines are exactly that – guidelines.  They were not issued by the Court intending to be “standard” visitation

WHAT IS SUPERVISED VISITATION?

Rather than stressful and costly custody fights, parents splitting up should consider other options to solve their dispute amicably.  These resources include:

WHAT CAN I DO ABOUT PROBLEMS WITH MY CHILD CUSTODY OR VISITATION?

Doi/Luke is located in Honolulu, Hawaii, but have helped people throughout the State of Hawaii with their child custody matters.  We are happy to sit down with you, to talk about your rights and responsibilities in child custody.

If you would like to talk to an experienced Hawaii family lawyer about your questions, or wish to set up a consult, please e-mail or call us at (808) 593-2199.  We’ll be happy to discuss your issues.

Summary
Article Name
Child Custody and Visitation in Hawaii
Description
An overview of child custody & child visitation in Hawaii - how it is determined, what are the guidelines, and other issues.
Author
Gavin K. Doi
Call Now Button
x