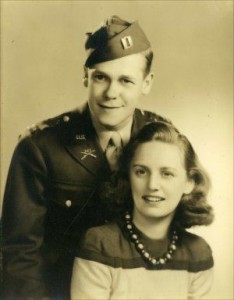 Paul, with wife Margaret; Mr. Durbin was a divorce and family law attorney in Honolulu, Hawaii

When I used to litigate cases in Family Court with Mr. Durbin, I didn’t know about his long and admirable military career (fought in France and Germany in WWII, in Korea, and in Vietnam), as well as teaching English and law in Vietnam along the way, or even his pre-war boxing acumen, all prior to starting his law practice in Honolulu in 1970.  No, all I knew was that Mr. Durbin had that thick Kentucky twang and a determined style.  I also noticed that so many of the people that Mr. Durbin represented were people of very limited financial means, people that likely could not otherwise afford an attorney.  I noticed that Mr. Durbin had such a soft spot for people who were in need. Nevertheless, sometimes Mr. Durbin’s style was in friction with my own, and he would sometimes get on my nerves.

One day, while the two of us were arguing a case outside the Court waiting area, he told me a story (you have to imagine it with that Kentucky twang, which I will try to convey — and in no way did I wish to disrespect the accent with the odd spellings below, but wanted to give the flavor of the sound):

Mr. Doi, I was sent to infantry training in Mississippi in World Wahr Two, and those Mississippi boys that were in my unit — now them Mississippi boys you have to unnastand that they weren’t that educated.  They kept tell-ling me, ‘Mr. Duhrbin, Mr. Duhrbin, you shouldn’t be in no infantry, you a law-yah Mr. Duhrbin, you a law-yah!’  Now, ah I didn’t want to make a big thang about it, but they just kept buh-gin’ me and buh-gin me, so I finally go up to my first sergeant and told him ‘now sergeant, I don’t wahnt to make a bii-iig thang about it, but I wanted you to know, ah’m a licensed attorney in the State of Kentucky.’  The first sergeant looked at me, and said ‘that’s fine Mr. Duhrbin, but we ain’t suing nobody in this wahr.’  So I was in infantry.

From all points after the above story was told to me, I could no longer be impatient with Mr. Durbin — it was one of the best stories I had ever heard, and just couldn’t build up any irritability for him.

As I mentioned above, I knew nothing of his distinguished career prior to practicing humble divorce cases with people like me in Family Court.  I just knew that he probably didn’t have to practice law anymore, being in his late 80s, but that he clearly loved to practice.  And that he simply wanted to help people who probably would have otherwise gone unrepresented.  That alone made him a person to be admired, and I will remember him as such.  If the bar in Hawaii and around the world had more lawyers like Mr. Durbin, we would be better for it — and in his absence, we are lesser for it.